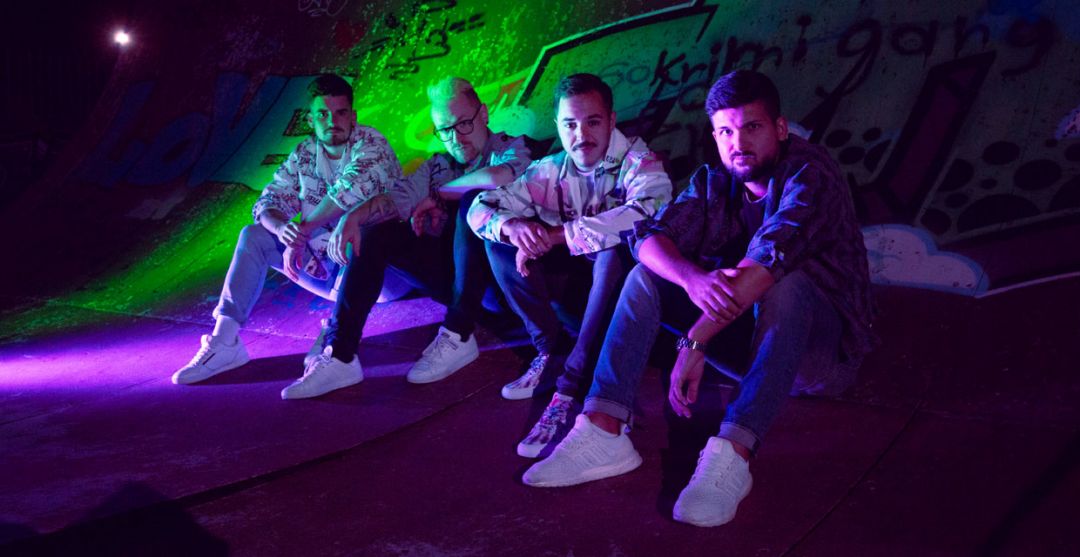 How it all started!

What do a physician, a civil servant, an engineer, and a music student have in common? At first glance, little to nothing. But if we are digging deeper, we can see the glue that sticks these four people together: Pop-Rock-Punk!

But let us return to the beginning. There is David, who has just finished a successful career as a FIFA pro gamer and is now following family tradition to start studying medicine in Bulgaria. Music has always been his passion, which is why his moving van looks more like a tour bus. The music keeps him alive during his studies and the desire for his own band grows. Anytime and anywhere. Lyrics and songs are created. After successfully completing his medical studies, David returns to Germany and back home to his childhood´s room. And there it was again. The eternal question: What do I want to do now?

The simple answer: Music, of course, he is already a physician. And so, the search for a pop-punk cover band begins.

And this is where we have a closer look at Nicolai Atzmüller or Nic, as his friends call him. Coming from the deepest Franconian province, he has developed into an accomplished punk rocker over the years. His career is also impressive: a degree in mechanical engineering followed by a backpack world tour through half of the eastern hemisphere. Until Corona sets him a very unpleasant stop signal and a return to beautiful Franconia is inevitable. He successfully is defending job offers in his learned engineering profession, because there is a much more passionate wish for the future: professional musician!

Now back to David and his search for a pop-punk cover band. In response to his advertisement, he received a message from Nic, which he left unanswered for a full 14 days because he had simply overlooked it.

The big surprise came when he finally read it and listened to Nic's demo. From this moment on, it started moving very quickly. First meeting with long discussions and the realization that you want to work together from now on. Both start the project "Kids of the Echo". Not as a cover band, but to create and perform their own songs.

In April 2020 they decide that they want to expand the duo and the search for a drummer begins. Again, relevant portals are searched. Another member is found. Not a drummer, but a guitarist and what is even more interesting, a gifted producer: Frank "Franky" Riegler!

Franky is a civil servant, very athletic and looks like young Freddy Mercury. But in addition to his imposing appearance, he is a real genius at the buttons and controls. He is the one who gives the in-house productions the decisive kick and the final touch. He is also an extremely passionate guitarist.

But there is still a real drummer missing. After several unsuccessful attempts, it is once again karma.
At a birthday party Nic meets an old classmate and they start chatting. Nic and Johannes "Joe" Noderer, who is studying drums at the Nuremberg University of Music, forget both the world around them when it comes to music. First demos are exchanged via WhatsApp. When Joe then sends out his drum version of the title "Echo", David, Nic and Franky are blown away. In the end, Joe becomes the fourth and youngest member of the band.

From that moment on, the four of them work on their own songs with enthusiasm and dedication. All four come from the same music genre. Influenced and shaped by many different pop-rock-punk bands from their youth, a dynamic of their own develops that leads into a completely unique sound. Elements of metal, rock or pop are interwoven with the basic understanding of punk. Finally, the decision is made to go public. A completely new challenge. Which is the right way, especially during Corona times?

David remembers his old "boss" from the eSports era, who he knows has also worked very successfully in the film and music industry. It was not difficult to get in contact with him and with Uwe Semtner the urgently needed marketing and PR professional is joining..